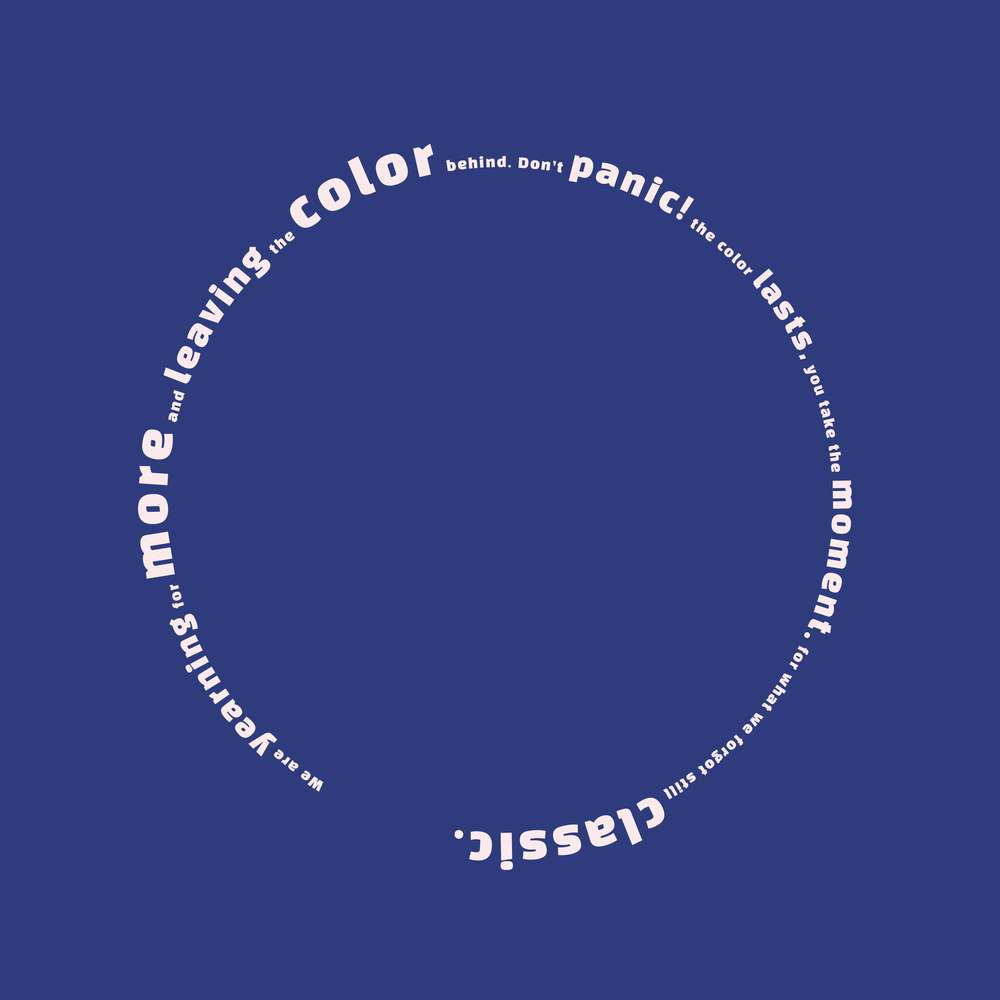 “We are yearning for more and leaving the color behind. Don’t panic! The color lasts, you take the moment, for what we forgot [is] still classic.”

These words form a circle for the album art of the band CLYM’s debut album. CLYM is a stylized version of the Korean word 끌림, which translates to attraction. On Spotify, the album is listed as CLYM but according to their linktree, it also can be called COLOR. LEAVE. YEARN. MORE. And what an apt way to introduce the band to a larger audience.

I saw CLYM at a bar in Itaewon. It was a cozy space and the audience got to be up close to the stage and not just listen but also feel the music viscerally. CLYM’s music is round and warm, best experienced in person.

I have a weak spot for music like theirs as the band hits a perfect concoction of some of my favorite things: a main vocal with a voice that reminds me of classic punk pop male leads, a rich expansive sound, and moments of awesome guitar solos. Sadly we don’t get the epic guitar solos from their live sets in their debut album, but that just makes me all the more excited for what they put out next.

One thing I did appreciate about them was their attempt to connect with the audience. The opening acts were Korean Americans (me and my friend noremi); therefore at first, the audience was mostly English-speaking foreigners. Being aware of this, the guitarist tentatively introduced the band in English.

That being said, the band’s music is all in English. The frontman, who I assume pens the lyrics, explained that it felt different singing in English rather than Korean. If I remember correctly, he lived abroad for some period of time.

After the show, I was thrilled to learn that they had an album on Spotify. It’s a bit different creating a set versus an album and I wanted to see what narrative the band would string together through an album.

The album weaves between full band pieces and stripped-back acoustic songs. Most of the songs were in a dreamy, nostalgic space. Take, for example, “9567” (which is also the string of numbers in their Instagram handle). The band performed it as an encore and the song’s opening wave of sound felt visceral in person.

In the second half of the album, the songs become brighter and upbeat. “POUIYTRE ISLAND,” one of my favorites from the album, starts out with the band members counting off and then laughing. It didn’t feel jarring switching into a faster tempo and instead felt like flipping a switch, showing a side CLYM having fun. And as a listener, you can feel it, especially at the end where it sounds like everyone sings together.

After listening to the album several times, my conclusion is that I want to see CLYM live again.

I think I was spoiled getting to experience CLYM’s music live for the first time. There’s something truly special about experiencing music live and I feel like I’ll be constantly comparing the recordings to how it felt to be in a smaller space with CLYM right there in front of me.

It’s also a delight to see that the band is also good at curating their albums. The debut album is coherent and shows us different sides and emotions of the band. It matches what the acronym says: there’s a rich color that leaves you yearning for more from the band. Though it was a random chance to watch CLYM perform, I’ll be intentionally following the band from now on.

Ashley J Chong is a Korean American poet musician most likely scribbling a to do list or a new idea. She’s a glutton for making playlists and is down to listen to pretty much anything cause maybe she can pull a song or poem idea from it. You can connect with her on Instagram and Twitter @ashtree39 and she also does music @saenabi.music.